In the spirit of Tuesday’s UP Week blog theme—How to speak up and speak out—we’re touching on three University of Regina Press titles whose authors and editors, speaking with and on behalf of Indigenous communities, make provocative claims about land, community, ownership, and power: 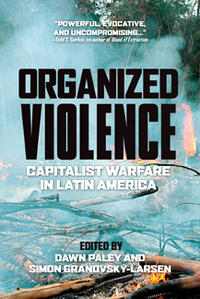 Official stories say that violence in Latin America is a product of criminal activity and the drug trade. Organized Violence exposes how that narrative serves corporate and state interests and de-politicizes events that have more to do with logistics infrastructure, social control, and the extractive industries than with cocaine. Global capital and violence reinforce conditions that fortify the current economic order, and whether it be the military, police, or death squads that pull the trigger, economic expansion benefits from repressive activities carried out under the guise of fighting crime.

In the opening of their book, editors Simon Granovsky-Larsen and Dawn Paley describe the evictions and rape of an Indigenous Q’eqchi’ community in Guatemala by the security forces of a transnational mining company. It’s events like these, which receive little to no media attention outside the affected communities, which they aim to bring to light in their book. (Read more here.) 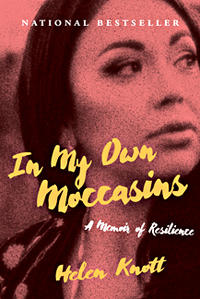 Another book that addresses the impacts of colonialism and rapacious resource extraction is the nationally bestselling In My Own Moccasins: A Memoir of Resistance, by Helen Knott, with a foreword by Eden Robinson and an afterword by Kim Anderson.

Helen Knott, a highly accomplished Indigenous woman, seems to have it all. But in her memoir, she offers a different perspective. In My Own Moccasins is an unflinching account of addiction, intergenerational trauma, and the wounds brought on by sexual violence. It is also the story of sisterhood, the power of ceremony, the love of family, and the possibility of redemption.

In addition to being a writer, Knott is also an activist known for leading Indigenous resistance movements in British Columbia, including protests against the Site C hydroelectric dam. In her memoir, Knott alludes to the troubling connections between environmental degradation in her home territory due to resource extraction and violence against Indigenous women. Watch a documentary on this topic here.

In the final book of this post, historian Sheldon Krasowski shows us that being armed with the truth—gleaned from years of careful, rigorous research into both official and “unofficial” sources--can best prepare one for making claims with the potential to upend what we thought we knew about history. In No Surrender: The Land Remains Indigenous, by Sheldon Krasowski, foreword by Winona Wheeler, Krasowski argues that Indigenous people did not "surrender" their land in Canada's numbered Treaty negotiations. 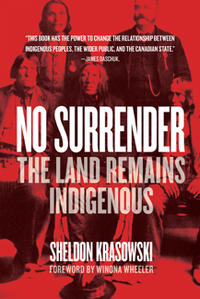 Between 1869 and 1877 the government of Canada negotiated Treaties One through Seven with Indigenous Peoples in Western Canada. One of the first lines in the official treaty text states that Indigenous peoples “do hereby cede, release, surrender, and yield up” all of their lands to Her Majesty the Queen. Yet, as Krasowski shows, according to eyewitness accounts of the negotiations between the Crown and Indigenous leaders, the surrender of lands was never discussed. Instead, Krasowski claims, the Canadian government had a strategic plan to deceive over the issue of land sharing.

To whom does the land ultimately belong? And what role do these treaties, built on deceit, play today in working towards reconciliation? Listen to a podcast on this topic here.

As part of a cohort of university presses across the world, we’re proud to publish these and other titles that speak truth to power. For more information on our books, please browse our catalogues here. 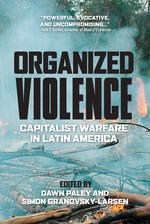 "One of the most powerful voices of her generation." 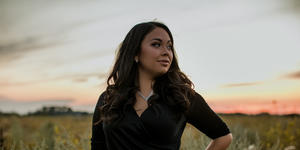