In My Own Moccasins one of 12 titles selected

The jury commented: "Both new and veteran jury members among us were dazzled by the over 150 sterling RBC Taylor Prize submissions this year. Distilling these diverse riches, embracing the social, personal, political, and historical into a mere list of ten, was a profound but rewarding challenge — our list could have been much longer, and indeed it is slightly longer than we were asked for! Readers globally can be thankful for a year of such exceptional Canadian contributions."

The longlist Books for the 2019 RBC Taylor Prize are:

Noreen Taylor, chair of the Charles Taylor Foundation and founder of the Prize, commented: "When we began this prize, it was in the hope that the books selected by the jury would reflect all kinds of Canadian stories as well as the issues that all Canadians are interested in and concerned about. This year's exceptionally good jury has done just that. From 155 submissions, they have presented us with a stellar holiday reading list that covers histories, memoir, investigations, social justice and travel to far-off lands. This longlist has a category and a subject for every reader!"

Vijay Parmar, President of RBC PH&N Investment Counsel, added: "Over the last 20 years, the RBC Taylor Prize has helped to both promote and inspire Canada's non-fiction literary landscape. Congratulations to the impressive group of authors who have rightfully earned their place on this year's longlist."

Key Dates:
The RBC Taylor Prize Shortlist will be announced at a news conference on on the morning of Wednesday, January 8, 2020, and the winner revealed at a special 20th Anniversary gala luncheon on Monday March 2, 2020.

About the RBC Taylor Prize
Established in 1998 by the trustees of the Charles Taylor Foundation and first awarded in 2000, the RBC Taylor Prize commemorates Charles Taylor's pursuit of excellence in the field of literary non-fiction. Awarded to the author whose book best combines a superb command of the English language, an elegance of style, and a subtlety of thought and perception, the Prize consists of $30,000 for the winner and $5,000 for each of the remaining finalists. All authors are presented with a custom leather-bound version of their shortlisted book at the awards ceremony. All finalists receive promotional support for their nominated titles.

For general information about the Prize please go to: www.rbctaylorprize.ca. 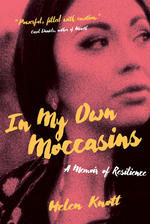