Robert Boschman specializes in ecocritical approaches to American literature, with emphasis on the seventeenth and twentieth centuries. His monograph, In the Way of Nature, was published by McFarland in 2009. Found in Alberta: Environmental Themes for the Anthropocene (co-edited with Mario Trono) was published in 2014 by Wilfrid Laurier University Press. Dr. Boschman is founder and co-convener of the award-winning Under Western Skies biennial conference series on the environment held at Mount Royal since 2010 . He is also a past president of the Association for Literature, Environment, and Culture in Canada. 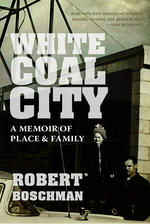