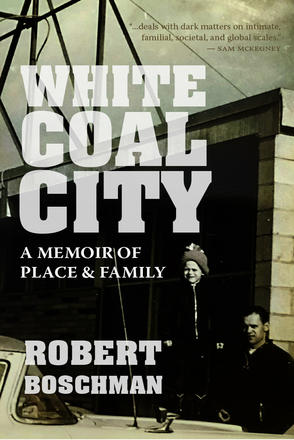 A Memoir of Place and Family

A moving, unflinching exploration of life in Prince Albert on Treaty Six territory, as told through one family’s multigenerational story.

Robert Boschman grew up in the living quarters of the King Koin Launderette in Prince Albert, Saskatchewan, sandwiched between a residential school and a jail built in the aftermath of the Riel Resistance of 1885. White Coal City is the story of this hard hockey-obsessed white-settler town on the banks of the North Saskatchewan River and Boschman’s troubled family who traveled these lands.

Trauma was palpable but never spoken of in the family, and this silence hounded the psychology of its men and boys. Years later, Boschman discovered the reason behind it: the devastating fate of his grandmother, killed by a hit-and-run driver while she was six months pregnant. Her husband, who saw it happen, was plagued by the crime. Their story is gently shared through letters, journal entries, newspaper clippings, and accounts from the coroner’s inquest.

With its penitentiary, sanatorium, pulp mill, and half-built hydro-electric dam, Boschman describes the city of Prince Albert as a “circle of pain”—one felt by white settlers but more so for the generations of First Nations and Métis people in the city and surrounding lands who were forcibly removed, incarcerated, or abducted. The harms of colonialism touched Boschman’s own family; his Cree sister Crystal was adopted by his parents during the Sixties Scoop when she was just a baby. Careful to tell his own story, not hers, Boschman accounts for his family’s own part in Canada’s shameful past.

White Coal City is a poetic, necessary exploration of the painful landscapes of colonial cities in Canada.

"A masterpiece of creative nonfiction." —SaskBooks

"A beautifully written memoir that tells the century-spanning story of a family and of a place the rest of Canadians don’t know much about." —Toronto Star

"White Coal City paints a deep picture of existence in a complicated town. Through the smoke of forest fires, Sweet Caps, Number 7s and winter car exhaust, Boschman masterfully describes the juxtaposition of both the freedom and constraints of living in a community fraught with colonialism, poverty and sheer exposure to the elements."—Winnipeg Free Press

“This is a beautiful, harrowing book. It deals with dark matters on intimate, familial, and global scales, as its author reckons with environmental cataclysm, toxic masculinity, and colonial complicity. Yet the story is shared with such generosity and gentleness that it sings in the reader’s mind long after the final page is turned.” —Sam McKegney, author of Masculindians and Magic Weapons

“The stories in the latter half of the book are alone worth the price of admission, almost elegiac in the way they are retold and have been handed down piecemeal over generations ... there are indelible, lived-in moments and haunting images in White Coal City.” —Quill & Quire

“Robert Boschman’s White Coal City is more than just  another memoir. The images are vivid and the commentary insightful. The town and its citizens come fully to life in this narrative that is dark, unflinching and intriguing as the author illuminates the past lives of singular hard-edged characters living in a city most Canadians know nothing about.” — Lesley Choyce, author of Broken Man on a Halifax Pier

"I love the writing in this book. Prince Albert -- the place and the life force Boschman captures in White Coal City -- are familiar and true: I know its people and they are the essence of Saskatchewan." — Maria Campbell, author of Halfbreed

"The story is an inward reflective journey that spans many years. It examines the human spirit, its hurts, its survival, its hopes and its faith that life will improve as each generation accepts its follies and moves beyond them toward universal healing.” —Louise Bernice Halfe, author of Burning in this Midnight Dream 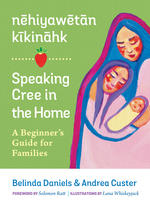 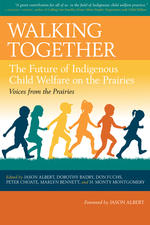 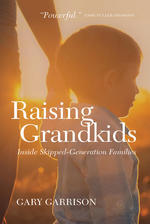 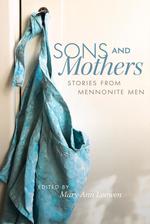 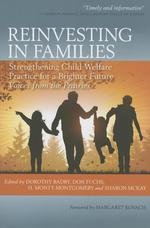 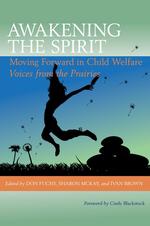 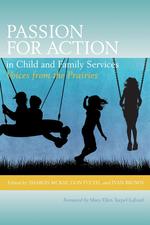 Passion for Action in Child and Family Services