Sue Goyette lives in Halifax and has published five books of poems and a novel. Her most recent collection, Penelope, was published by Gaspereau Press in 2017. She’s been nominated for several awards including the 2014 Griffin Poetry Prize and the Governor General’s Award. She has won the CBC Literary Prize for Poetry, the Bliss Carman, the Earle Birney, the Pat Lowther, the J.M. Abraham Poetry Awards, the Relit Award, and the 2015 Lieutenant Governor of Nova Scotia Masterworks Arts Award for her collection Ocean. Sue teaches in the Creative Writing Program at Dalhousie University. 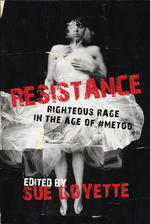