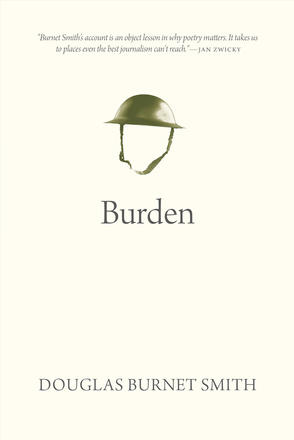 Burden is a poetry collection that tells the story of a seventeen-year-old British soldier, Private Herbert Burden, who was shot for desertion during World War I. He was one of hundreds so executed. It is now understood that many had committed no crime, but were suffering from PTSD. Burden’s story is told in the voice of Lance Corporal Reginald Smith, the author’s uncle. The author discovered years later in a box of papers that his uncle, Lance Corporal Smith, had befriended Private Burden but then was ultimately commanded to join in the firing squad that killed his friend.

This slim book reaches below standard indictments of war—it shows us that “terrifying,” “senseless,” “horrific” don’t go deep enough. To utter them, the eye must already be closing over. Smith’s account is an object lesson in why poetry matters. It takes us to places even the best journalism can’t reach.

"This is a powerful and visceral book, written by Douglas Burnet Smith based on letters sent from the First World War front by Lance Corporal Reginald Smith, a distant relative. The relative was part of a squad that executed Private Herbert Burden for desertion. This story and the letters are the basis for Burden, written in verse form that transforms these events and conveys their emotional power, or as Smith puts it, gives 'voice and shape to the meditations of a ghost. '" —Toronto Star

“Smith’s harrowing, tautly crafted long poem brings events of a century ago from shadow into light. To call this book ‘unflinching’ would be inaccurate, because it does flinch—as many readers need to and will flinch—at the stories it tells. Like few World War I poems since Wilfred Owen’s, Burden asks that we face ‘the old torment of the earth’ and war’s hasty disposal of those in its service. This is a book grounded in recovery, anger, and forgiveness. ” —Brian Bartlett, author of The Watchmaker’s Table and Wanting the Day

“The poetry of Burden exposes the brutality of a solider’s OSI (operational stress injury) with dignity and poignancy. ” —Lieutenant-General (ret) the Honourable Roméo Dallaire

“Smith’s spare poems expand beyond memory or memorial into the injustice at the core of all war. ” —Benjamin Hertwig, author of Slow War

“Burden imprints our consciousness with the searing reality of a traumatized soldier executed for deserting the battlefield, and with the haunted yet epiphanic aftermath for a comrade assigned to the firing squad. Smith’s service to those casualties of war and his dispatches to us, their inheritors, supplant dishonour with empathy, justice, and catharsis. ” —Richard Lemm, author of Jeopardy and Shape of Things to Come 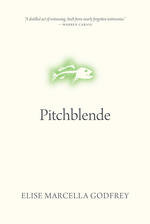 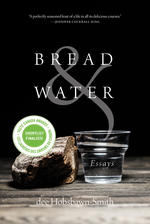 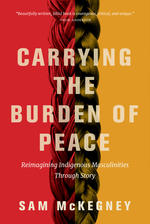 Carrying the Burden of Peace 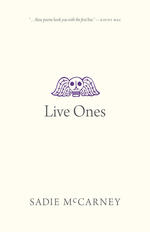 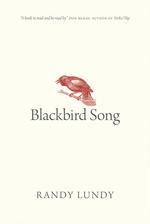 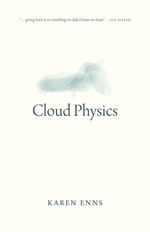 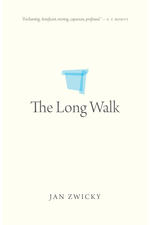 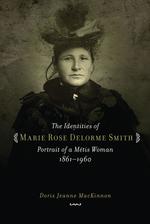