After a long and fascinating career as a reporter and CBC producer, Sean Prpick joined the team last summer as our Trade Editor.

1. Tell us a little about yourself.

I was raised on a mixed farm about 150 kilometers north of Regina, near the village of Kenaston. Although my father grew a lot of field crops, like wheat, barley and oats, my main job was to look after our family's herd of pigs. I got to know lots about pigs and I actually developed a lot respect for them. They're intelligent, curious and rather mischievous animals, so you had to be careful about turning your back on them, especially the big males, who could really hurt you if you weren't careful. As my family soon learned, though, I really wasn't cut out for farming. I was a bookish lad and if I wasn't doing farm chores I was usually reading. I was also a news junkie and started watching TV newscasts -- true story! -- from about age four on. This probably explains my career path. After completing degrees at the Universities of Regina and Saskatchewan, I knocked around in print journalism for several years before joining the CBC Saskatchewan in the mid-80s. I worked there first as a radio reporter then as a producer for the national radio network. I did that until 2015 before starting a new career in publishing. In my spare time I mostly read (good if you're in publishing), or watch documentaries, or British dramas (like just love watching British actors do their thing).

I am the Trade Editor. This means looking after books of general interest. My job includes taking in and vetting new manuscripts, becoming involved in editing them, if we decide to publish, and looking after the myriad of administrative tasks that it takes to get a book into print (a process that usually last about two years here at URP). Because of my background as a radio producer, I've also been involved in making the University of Regina's first audio book, which we hope to release in 2018, and a series of URP podcasts that we call "How Books Happen."

Compared to my previous life in radio, where deadlines were typically very tight, I really enjoy the slower pace in book publishing. It's a lot of work, and often very stressful, too, but compared to what I used to do, there's lots more time to sit and think about what you're doing and to plan ahead. In radio, I always felt like I was working in "fast forward." In books, things seem much less frenetic to me.

4. What would you say are your major inspirations (i.e. people, books, movies, etc.)?

I'm a late Boomer (born in 1958) and I came of age in beginnings of the brave new age of Can Lit. I grew up reading Canadian authors who are now considered the creators of classics, but who were still new and exciting when I was a boy. I'm still very fond of authors like Margaret Atwood and Margaret Laurence, Marion Engel, Pierre Berton, Sharon Butala, and many others. Among international authors, Hemingway, Conrad, and Dostoevsky are favourites ("The Brothers Karamazov" is probably the most impactful book of my life -- something about Dostoevsky's love for the land spoke to something deep in my Saskatchewan soul). And there are a host of URP writers I have enormous respect for. Trevor Herriot is one of the finest writers in Canada today, I was brought to tears by Augie Merasty's book (done with the help of David Carpenter) and Ayub Nuri's book on the trials of the Kurdish people will stay with me for a long time. I am so fortunate to get to work with people like that. As I was in my radio career when I got to work with giants like Peter Gzowski and Shelagh Rogers. Pretty good for a kid from Kenaston, eh?

5. If you had a personal motto, what would it be?

Tout le monde ensemble -- Everyone together.

For a glimpse of Sean's prior work in radio, check out this recent CBC documentary he produced on self-driving cars! 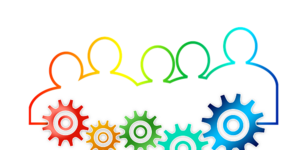 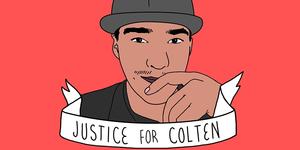 U of R Press Reflects on the Justice System, Racism in Canada, and the Duty to Respond