The year 2023 marks a momentous milestone in the publishing history of URP: the 10th anniversary of University of Regina Press and the 50th anniversary of the Press’s predecessor, the Canadian Plains Research Centre Press. We have achieved a lot in our first ten years: we’ve published eight national bestsellers, including James Daschuk’s Clearing the Plains—the best-selling scholarly book in Canada—and our authors have received numerous accolades, from coverage in the New York Times and The Guardian, to award recognition, including the Governor General’s Award, Clio Awards, Indigenous Voices Awards, Gourmand World Cookbook Awards, and the Raymond Souster Poetry Award.

We look forward to celebrating our tenth and fiftieth anniversaries with you. With the support of you—our readers, authors, and communities—URP will strive to continue its strong tradition of publishing ground-breaking books that matter for decades to come. 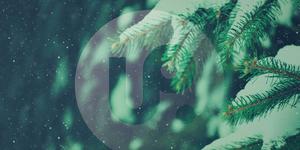