Sadie McCarney Reads from Live Ones

Join us for a poetry break – courtesy of a reading by Sadie McCarney, from her 2019 collection Live Ones.

half the family, goose-step over

We lug chairs, the ostentatious

umbrella big as a flowered igloo.

winks as seagulls scavenge half

a sandwich from its crust of sand.

The last Great Aunt is the last

to disembark from the Lincoln

Town Car with her rock-a-bye gait,

skin thick and marbled as vellum.

By now her innards are carved up

by the cancer, metastasized every

Ablaze, and then dead. She knows

she’s come on the Farewell Tour,

to dip the tip of her violet-tinged

foot in the Atlantic and breathe deep

its saltwater spray for the first time,

snake oil on to broil with their towels,

hairdo on the dunes. Her kids’ kids take

to taunt just-met cousins. (Every-

We all clap as the Nikon captures

her step into the seawater, the sandbar

crunchy with dulse. Her toe taps

the frigid surf that laps at the shore

And now you heave

your pallets of the dead,

all gifted to Science

to help the hungover

who would be doctors:

the size of a fishbowl

and groom the cadavers

do rounds of your own,

you’d split for the bar

“just after this album,”

but got blazed, forgot

around for hours. Again

you traipse the bulk

of bodies in silence

past the med school’s

you label the unlucky

and again…At last you

twitch awake in a hospital

bed. An IV juices you

up with Lasix, your

the nurse jabbed it in.

so you float in a mint-

students from back then

scrub in as your surgeons.

and once again you

Sadie McCarney’s first full-length poetry collection grapples with mourning, coming of age, and queer identity against the backdrop of rural and small-town Atlantic Canada. Ranging from pellet-gunned backyard butterflies to a chorus of encroaching ghosts, Live Ones celebrates the personal and idiosyncratic aspects of death, seeing them as intimately wedded to lives well-lived. Personal myth-making collides with grocery shopping, ancient history turns out to be alive and well in modern-day Milford, Nova Scotia, and the complexities of queer female desire call out to us from beyond the grave.

Sadie McCarney’s poetry has appeared in The Walrus, Plenitude, Grain, Prairie Fire, The Malahat Review, The Puritan, Room, and The Best Canadian Poetry in English, among other places. This is her first book. 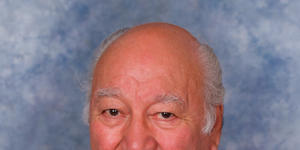 Celebrating the Life and Legacy of Cecil King