U of R Press authors among Saskatchewan Order of Merit recipients

We are pleased to announce that two of our esteemed authors, Gail Bowen and Robert Calder, have been nominated for the 2018 Saskatchewan Order of Merit, the province's highest honour. The Saskatchewan Order of Merit acknowledges those exceptional individuals who "exemplify the strength our province derives from its citizens," says Lieutenant Governor W. Thomas Molloy. "Whether it's been through their leadership, the arts, activism or philanthropy, these men and women have enhanced their communities and Saskatchewan as a whole. I offer my sincere congratulations to each of them and thank them for their contributions to our province."

Bowen is the award-winning author of the Joanne Kilbourn series and of the Charlie Dowhaniuk Rapid Reads novellas for reluctant readers. In 2008, Reader's Digest named Bowen as Canada's Best Mystery Novelist, and in 2009 she received the Derrick Murdoch Award for her contribution to Canadian crime writing from the Crime Writers of Canada.

Calder is Emeritus Professor of English from the University of Saskatchewan and the winner of the 1989 Governor General's Literary Award for Non-Fiction for Willie: The Life of W. Somerset Maugham. 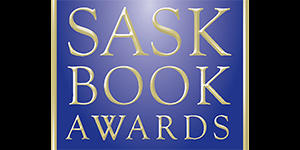