Publisher's Response to the Open Letter of October 10 re: kisiskâciwan

Below is our Publisher's response to the open letter of October 10th re. kisiskâciwan.

To read the initial letter of response sent on Friday, October 6 to the writers who contacted us about withdrawing their pieces from the anthology, please click here.

Erica Violet Lee’s original Facebook post caused much soul-searching about Neal McLeod, as did the Open Letter. I have had many conversations with my press staff and with community members, authors, and scholars about her demand that I pull the McLeod entry from kisiskâciwan: Indigenous Voices from Where the River Flows Swiftly, edited by Jesse Archibald-Barber, an associate professor of Indigenous Literatures at First Nations University, because of McLeod’s history of violence.

The Open Letter’s concerns are ones with which I strongly agree and support. That's why I publish the books that I do in Regina. I want Lynn Gehl’s Claiming Anishinaabe to help empower young Indigenous women, just as I want The Education of Augie Merasty to continue to reach young minds in schools. Clearing the Plains sparked the Sir John A. Macdonald statues-and-school debate. It also rewrote history, firmly placing back into the official record the censored Indigenous side of history that has too long been denied and discounted by this country. I agreed to sell Firewater to band offices for $10.00, so that it could spark a much-needed conversation and help change some lives. I hire Indigenous interns and students and hope that one day someone will come back to run the press. Business manager Wendy Whitebear is on the Association of Canadian Publisher’s committee to Indigenize the book industry. She is also a representative on the Frankfurt 2020 committee, where she and Harold Johnson will bring their significant Indigenous voices. They are planning to make a powwow happen at the book fair and they will bring Indigenous youth over with them to do it. The Press has also published the Beginning Cree workbook and books on the Aaniiih, Plains Cree, Woods Cree, Blackfoot, Saulteaux, and Lillooet languages. Jean Okimâsis’s Cree textbook, workbook, and audiolab are being updated and will be published as Open Access resources (they’ll be free and widely accessible). Our motto is “a voice for many peoples,” and we just published our third ninety-plus-year-old author, an immigrant from Syria who came to Canada as a young boy. We recently launched Canada’s first black studies list. We just paid an advance (we don’t normally pay advances) to a young writer living in a homeless shelter in downtown Toronto. I'm a big believer in giving people opportunities.

Like Augie Merasty, McLeod's violence goes right back to residential school through his grandfather. In 2014, McLeod was brought before the court and charged with domestic violence. He pleaded guilty and was discharged after undergoing intensive therapy. As a result of his actions, he resigned his position at Trent University and now lives on James Smith Cree Nation, where he teaches Cree, writes, and edits. People have been hurt both directly and indirectly by him.

He recently brought out two books: a novel with Kegedonce Press and an anthology of Indigenous science fiction published last year by Theytus Books, of which he was editor. An award-winning poet, his Cree Narrative Memory is a seminal work of Cree philosophy; hence Jesse Archibald Barber’s insistence that McLeod’s piece stay in the anthology.

Written in Cree and English, McLeod's the book of ayâs will be published by us only when the community and author are ready. Louise Bernice Halfe, Maria Campbell, Gregory Scofield, and Lee Maracle have written in support of the epic poem that examines the impact of trauma throughout the generations. Hearing the advice of an Elder—"do not give up on these men so damaged by colonialism"—I see it as a chance to publish someone who would stand up and take ownership over his actions. It was my hope that it would inspire other men to do the same, making the world a little safer for women and children.

I believe there can be redemption for violent men, just as there can be for anyone. Writing provides a means to promote healing for so many people like McLeod, including those shaped and harmed by intergenerational trauma and colonialism. As the Press moves forward, we will do so with an Indigenous Advisory Board for guidance on these and other issues. We remain committed to publishing Indigenous authors, and amplifying their stories.

From our discussions over the past two weeks, it is clear that there is no consensus on doing the right thing in terms of the anthology. If a writer disagrees with an editor’s selection, then they have every right to remove their entry from the book, as Erica Violet Lee and other female writers are doing. But if we remove Neal McLeod against the wishes of our editor, then we abandon Jesse Archibald-Barber's academic freedom.

When I moved to Regina four plus years ago to launch the press, I did so with the intent to publish the censored histories and languages of this territory now known as Canada. To create a more just society, we need the truth.

When bringing out Firewater, Harold Johnson said, "people won't like this book." Titles that challenge preconceived notions need to be published. As director of a university press and a long-time free speech advocate, I have tried to be bold in my publishing decisions. This boldness has resulted in six national bestsellers. The money from those books has funded our First Nations Language Reader series and has allowed us to double book production. Next year we are bringing out No Surrender: The Land Remains Indigenous. Some won't like the book's central thesis, but it will be advertised on APTN.

We have been listening to the concerns of Erica Violet Lee and the other women, and to their supporters, and we responded by offering more space in the anthology, highlighting their voices and the issue of violence against women and Two-Spirit writers. We also offered an anthology devoted to their writing. They declined. It is not what they want and I understand that. But I can't deliver what they want. I must stand with our editor.

Walking with a man on his path towards healing does not mean abandoning the needs of women. We strive to find balance in supporting both women and men in sharing their stories. We have an anthology coming, edited by Sue Goyette, called Resistance: A Poetic Response to Sexual Assault, which is written mostly by survivors and non-poets. We are very aware of the lack of female writers in non-fiction and academic publishing, and have been diligent in trying to fill that void.

In January 2018 the Association of Canadian Publishers has invited us to speak at their meeting in Toronto about our experiences publishing Indigenous authors. We have had the good fortune to bring out books that speak to the zeitgeist and capture the imagination of readers. I am proud of our publishing program, but I am always learning. 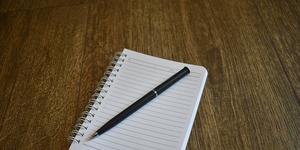 Editors' responses to the authors who withdrew from kisiskâciwan 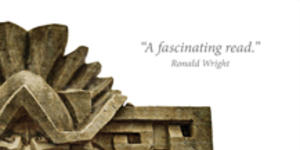