Habeeb Salloum is a Canadian author who grew up in Saskatchewan, joined the RCAF during the Second World War, and then worked for the Canadian Department of National Revenue for 36 years. For the last 25 years he has been a full-time freelance writer and author, specializing in food, history, and travel. Besides 5 books and 19 chapters in books, he has had hundreds of articles about food, travel, history, and homesteading in western Canada appear in such publications as the Toronto Star, the Sydney Morning Herald, and the Christian Science Monitor. Among his most notable works are the books Journeys Back to Arab Spain, From the Lands of Figs and Olives, Arabic Contributions to the English Vocabulary, Classic Vegetarian Cooking from the Middle East and North Africa. Arab Cooking on a Saskatchewan Homestead won Cuisine Canada and the University of Guelph's Silver Canadian Culinary Book Awards in 2006. 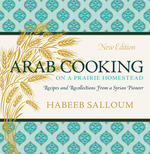 Arab Cooking on a Prairie Homestead 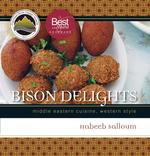